A Wolverhampton folk club is kicking off its 2014 season by staging a singers’ night on Saturday.

Newhampton Folk Club, which meets in the upper room of the Newhampton Pub, Riches Street, Whitmore Reans, has been overwhelmed by the response to the showcase event on January 18 which will feature no less than seven acts.
Club organiser Dianne Maher said the response for spots has been so good that she could not accommodate them all this time.
The venue, which has been fully redecorated recently, has provided a platform for folk acts for more than 30 years, some of which have gone on to much bigger things.
Among the singers who will be performing on the night, which starts at 8.30pm, will be Elmore Row, Chris Stewart, Julia Disney, Brian Dakin and Michelle Reynolds. Entry is £5. For more information visit www.newhamptonfolk.co.uk.


With 40 years under their belts Scottish folk band Runrig will be hitting the road for a celebration tour and as part of their anniversary concerts they will be playing  Birmingham Symphony Hall on March 29 and staying in the Midlands they will also play the Royal Concert Hall, Nottingham on April 1. All tickets are £27.50 and shows start at 7.45pm. There is no support act but the concerts will have an interval. There is a 24hr Ticket hotline: 0844 338 0000 or you can book online through: BookingsDirect.com(Agency & credit card bookings subject to booking fee). For the full itinerary visit the band's website. 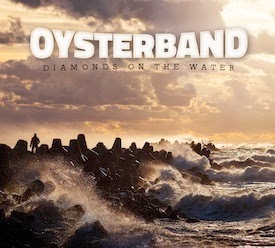 The Oysterband are not only going on the road this year but on February 17 they will be releasing their new album Diamonds On The Water. The 12-track CD will be released on Navigator Records and is available either through Proper Music Distributors or directly from the band's website.
The band will be coming to The Robin2, Bilston, Wolverhampton on March 20. For full details of the tour venues visit the band's website. The Oysterband will also be talking and performing live on The Folk Show with Mark Radcliffe on BBC Radio 2 at 7pm on Wednesday January 29.

Following the release of her album Word Games, Scottish songstress Lisbee Stainton will be carrying on her tour this year and she will be visiting the Midlands to play Solihull Arts Complex on March 18. Tickets are £15 and the show starts at 7.30pm and runs for approximately two hours. For the full schedule visit her website.

A Wolverhampton musician will be coming back to his roots this year to promote his new album.
Acclaimed singer/songwriter Scott Matthews will be releasing Home Part 1 early this year and will be playing tracks from it during a showcase concert at Newhampton Arts Centre on Friday, February 14.
Matthews who always receives a warm welcome from his home crowd will also be playing songs from his previous three albums at the Dunkley Street venue, Whitmore Reans. The concert starts at 8pm and tickets are £12.50 plus booking fee.
He also has a companion book of his last album What The Night Delivers now available which features lyrics, professional photographs and his own snaps taken on tour, and reviews. One hundred copies have been numbered and signed by Matthews.
For more information visit www.newhamptonarts.co.uk or scottmatthewsmusic.co.uk.

Martin Simpson will be running a residential guitar weekend workshop in April. The dates so far, are April 4-6 at Kenwood Hall Hotel in the Nether Edge district of Sheffield. For more information check out the website Workshop page or get in touch with this link.
Later in the year, September seems the favourite target, Martin will be touring as part of a trio with Andy Cutting and Nancy Kerr. 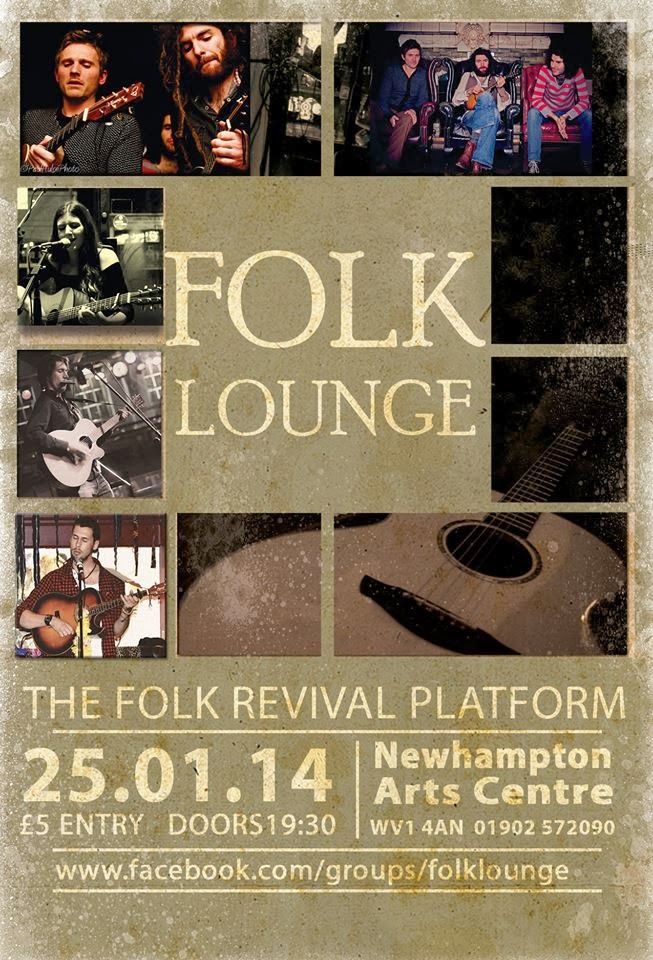 Wolverhampton-born musician  Faye Kathryn Brookes is organising a folk gathering for new and young talent with the first ever Folk Lounge to be held at The Newhampton Arts Centre, Dunkley Street, Whitmore Reans, Wolverhampton.
The show is a new platform aiming to give fresh and up and coming folk musicians in the Midlands a chance to get some real experience and for audiences to see what's on offer. The showcase is on January 25 and tickets are £5. So far there are eight acts booked for the night. They include High Horses, Driftwood Store, David Fisher,Daniel Kirk and  Rob Fellows

Following on from his last album, Reaching for a State of Mind, which he released last year, Birmingham-based singer Dan Whitehouse has written some new music in collaboration with German-American accordionist, sing and songwriter Anja McCloskey. The EP is released on the Sotones label on January 20 after which they are heading out for a short tour of Canada with details on their respective websites. The tracks were written and recorded in Dan's flat in Birmingham last October, over three days immediately following the Crescent Theatre album launch show. Although the tracks have been mixed by Neil Kennedy Dan has branched out into studio work and recorded them himself.
Listen here Or buy CD online for £4

If you want to see Dan live then he will be playing his home turf at the Old Joint Stock pub Birmingham, on April 5. The fantastically opulent pub which was a former financial institute is opposite Birmingham Cathedral and has a theatre area above the main bar. However, the capacity is 95. Tickets for this ‘Raw State’ acoustic show are on sale now at £8.

Before the festival Bella Hardy will be celebrating her 30th birthday at the Mac Birmingham on Thursday June 12, tickets are £12 or £10 concessions. The show will be part of a birthday tour which will be hitting the road later in 2014.

Birmingham singer/songwriter Robert Lane will be providing the support for multi-talented musician Paul Liddell in his home city. The concert on January 30 is at the Ort Cafe 500-504 Moseley Road, Balsall Heath, Birmingham, from 8pm. Tickets are £8 and available from www.wegottickets.com/event/253651

Liddell is a musician/singer/songwriter/recording artist from the North East of England. His current album, the excellent Milestones and Motorways is a home-made and independent release.

Moseley Folk Festival which this year runs from August 29 to 31 has announced one of its headline bands will be the Waterboys. The full line up is yet to be announced but so far includes Lau.
Posted by Folkall at 21:55:00