Diamonds On The Water

This is Oysterband's first collection since the acclaimed and multi-award-winning Ragged Kingdom with June Tabor. This time the band is on its own and what they are offering is an album that gives a respectful nod to the traditional but, in essence, is them flexing the breadth and depth of their song writing and music making skills.

As Scottish band member Ian Telfer put it, "It was time to get back to some of the other things we do best."
From its beginnings in the 1980s the band has been through several transitions but the current line up, who have put their time and considerable skills into this album, consists of Gloucestershire lad Dil Davies, Alan Prosser, Telfer, Welshman John Jones and Brighton-based Al Scott. Scott is in fact the band's producer but has turned poacher following the move by Ray "Chopper" Cooper to a solo career. Impressively there is only one track of the 12 which is not an original penned by one of many combinations of the musicians and even that is a new and impressive arrangement by Prosser.
The intro to the opening track, A Clown's Heart, does pay homage to traditional folk but that's about it, if you are looking for "finger in the ear" stuff this is not the album.
What they have produced, however, are rich and complex sounds on every track which if you listen intently enough still has the odd thread of the traditional in there but the band's distinctive sound is what comes through more than anything. The final track Like a Swimmer in the Ocean is probably about as traditional as it gets.
A Clown's Heart opens with the strong male voices of the band but then Jones' clear and slightly edgy tones take over and on the choruses and instrumental inserts you can hear the haunting notes of Rowan Godel. It's a gentle ballad with a healthy but unobtrusive beat to it.
While it's not a grab-you-by-the-ears type of opener which makes you sit up and take notice it will nonetheless make you turn the volume up another notch and allow the warmth and depth of the music wash over you like slowly sinking down into a hot bath.
The sound hardens up for A River Runs which has more of a rock element to it and brings to mind the sounds of Fleetwood Mac and The Levellers there are some great instrumental slots where Telfer's fiddle playing soars, lifting the melody over the voices.
Jones goes pretty much solo for the opening of Spirit of Dust which is a light airy ballad and is a good travelling song; the sort of tune that lends itself to long drives and will have you tapping out the beat on the steering wheel before you even realise it. It's one where the band's voices are given a real outing with a choral sound taking the verse out each time.
It's difficult not to think of Davy Carton of the Saw Doctors when you listen to Lay Your Dreams Down Gently which is a soft ballad that teeters on the country side of things but has Godel singing wonderful harmonies to give the song a genuine silkiness.
Things speed up again for the title track which has that toe-tapping rhythm to it and is built up with complex layers of instruments and voices weaving in and out and rolling over each other to produce a tapestry that is going to sound ever so slightly different each time you listen to it.
The Wilderness keeps the tempo of the previous track but this has a much darker, brooding personality with the cello adding a deep rich and ominous layer which builds the suspense like a Hitchcock film. In Palace of Memory there is more than a hint of Billy Idol, remember him?  He was among Britain's most unappreciated musicians and one of our greatest exports to America.
There is more electric in this track but it's almost as if the band is embarrassed to let it get too loud or intrusive even when Davies' percussion is clearly banging out a rock rhythm.
Another definite nod to the traditional comes with Once I Had a Sweetheart. Prosser has given it a very clear and innovative makeover introducing an undulating and almost psychedelic sound that wouldn't be totally out of place on a Velvet Underground album. Reminiscent of a lot of sixties/prog rock tracks it has that element of keeping you on the edge where you are wondering when it's going to go into the big finish which never really comes.
Jones is pretty much on his own for most of No Ordinary Girl which is an upbeat and light tune which belies its clever and thought-provoking lyrics such as "I heard the talk in the pub that evening, the ugly talk of a beauty rare, the talk of men who went home lonely who dreamt of trying but wouldn't dare." 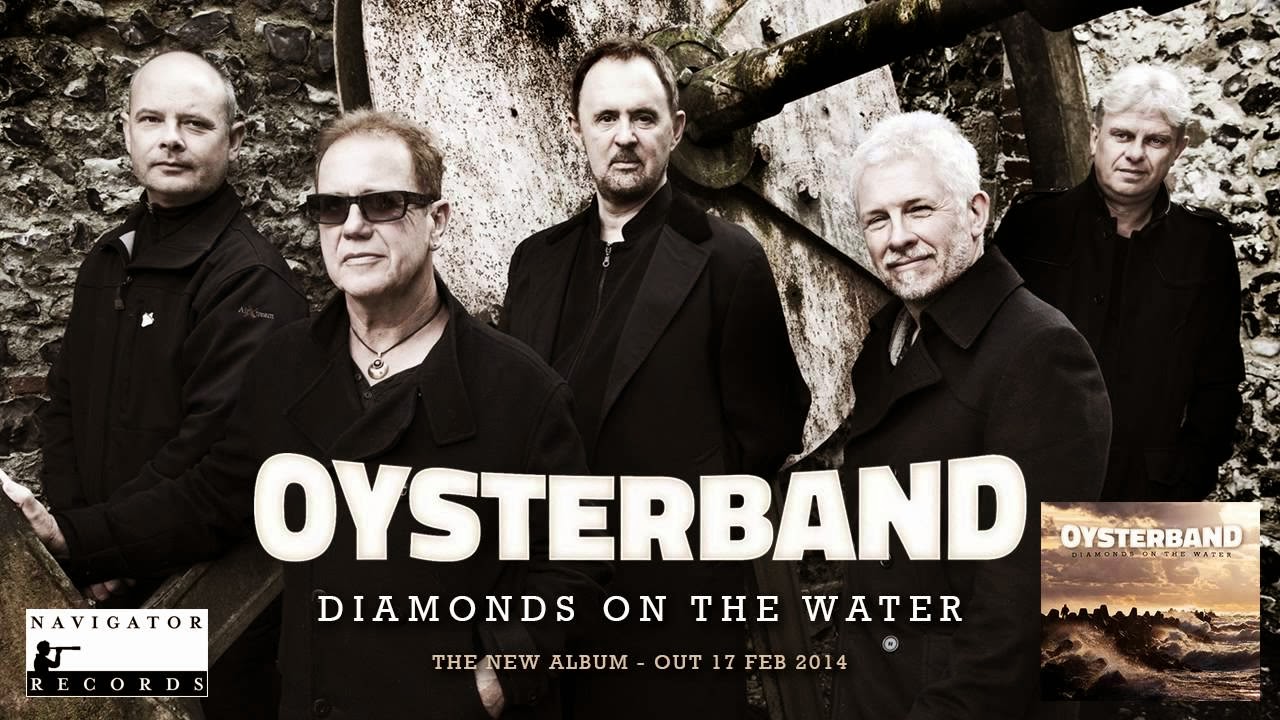 Call You Friend is one of those tracks you are going to hear a lot of and providing they don't mind it being used far more commercially it could well pop up on soundtracks and adverts. It leads you into a false sense of security with a gentle guitar picking before it kicks in with a jumping beat which gets under your skin straight away. It has a really catchy instrumental interlude after the chorus and underneath is a guitar rift which is straight out of a sixties dance montage.

Steal Away is a great meaty ballad which is slow but never sloppy and has overtones of Pink Floyd with some luscious harmonies from the lead and backing voices which combine to sound like a male equivalent of Enya. The album plays out with Like a Swimmer in the Ocean which includes some wonderfully precise guitar and mandolin picking which holds up the plaintive and almost siren-like singing that has a sound as lush and vulnerable as Joan Armatrading.
Throughout the album you get the feeling Oysterband have been let off the leash and have run riot with everything they have including the kitchen sink. The tracks have been obviously crafted and honed so not a single note or word is superfluous it's a lean, mean music machine of an album.

Diamonds on the Water is released on February 17 through Navigator records.