The new season of the Newhampton Folk club got off to a belting start with a fantastic, diverse and traditional set of acts from the Midlands and the North.

The artists, some choosing to play unplugged, brought sounds and poetry from right across the spectrum of folk music and culture.
It kicked off with Graeme Kent who pulled the packed audience in on the act straight away with a fun number, Don't Jump Off the Roof Dad, which many of a certain age will remember from Junior Choice on Radio 1 with Ed "Stewpot" Stewart.The irreverent song was made a hit by, of all people the legendary comedian Tommy Cooper.
Kent wasn’t about to let the audience off the hook too soon and kept them joining in with the much recorded Singing the Blues. He then gave the audience a breather with The Old Pub which he sang A Capella and was a lament of the loss of so many traditional alehouses.
His next ditty was from his home patch up in the North East which was Newcastle & Gateshead and was a light song friendly song littered with local references about the cultures and friendly rivalry of living either side of a river.
Going back to the traditional themes Sandgate Girl's Lament was again sung unaccompanied and told about love going awry.
He was followed by another Newhampton favourite, Mitch Reynolds, who opened with a sea shanty The Dandy Captain which she also sang without instruments and her distinctive smoky tones adding an extra dimension to the song.
She followed this with a lovely haunting air played on the recorder. She went back to singing alone with the Lying Sailor which is a wonderfully bawdy song about ladies of the night full of innuendo and double entendre.
Mitch followed this with a self-penned sea shanty which was a simple tune played on the concertina which surprisingly, she admitted she has only been playing for about a year but you wouldn't have know that by listening to her.
She then moved on to a much-covered traditional tune The Blacksmith and her mildly rough, gravelly and slightly breathless sound gave it a unique quality. She went out with Jack the Lad on recorder which was again a lovely traditional light and jaunty tune.
She gave over the stage to Billy Spake Mon who is one half of Billy & Lozz a local duo who sing and recite poetry in their native Black Country tongue which although often maligned by "sniffy" types added a gorgeous lyrical quality which was honest, organic and a real treat. They were giving national exposure on the Ade in Britain presented by Ade Edmondson where he visited the region in search of local dishes and traditions.
Billy's turn was very personal and sincere, his strong nasal tones coming across for his first song Strong Onds, Warm ‘Art which was a tribute to the people of the Black Country. His voice is not the most tuneful or the strongest but his integrity and emotion more than made up for any lacking in technical musical ability.
A poem about his dad, One Step From the Line which was the first in a two part tribute, had the audience enraptured, except for where the verses elicited laughter you could have heard a pin drop during his recital. The second part was a song Sometimes I Sound Like Me Father which was a gorgeous, soft ballad.
He followed this with probably the most un-PC song you can imagine, Wife For Sale, which is about selling your wife at the local cattle market in lieu of having to go through or pay for a divorce. Billy finished his set with a wonderfully evocative tale about his aunty and how she was forced to move with the times in spite of wanting to remain in the home where she has built a family and created memories, Ar Do Wan It was definitely one of the highlights of the night.
What followed was a real nugget of gold with Ian Pittaway who is a lute player specialising in renaissance music and song. The sound was so unique and so evocative of the medieval era with Beauty Who Holds My Life his breathy voice added a real magic to the fascinating sound he produced on his instruments.
He followed this with a dance tune which was a wonderfully restful and mesmerising sound. And as if the lute doesn’t look difficult enough to play he changed to the baby lute for the Epilogue To Shakespeare’s Twelfth Night because as he explained most people know the costumes, words and settings of the Bard’s great works but few know about the music associated with them.
Chris Stewart took over and decided to go unplugged which turned out to be a mistake because she doesn’t have a strong enough voice to carry across even in the cosy confines of the Newhampton pub's upper room and consequently when the audience joined in her voice was easily lost.
Couple and duo Gren Bartley and Julia Disney took over next and came out with blues and torch singing with Some Time Blues which had a gospel music sound to it with Bartley adding colour on the slide guitar. Disney gave the audience her impressively plaintive sound as a torch singer while her deep fiddle playing gave a whole new dimension to the song.
Bartley picked up the much maligned banjo, the five string, for the Great Pacific Garbage Patch which was about the amount of waste we produce and the damage done to the environment
They moved on to Goodbye which had a nice haunting intro and Disney provided a sound which reminded of Joan Baez but she seemed to be hesitant a time to let go and give the song a little more oomph.
After which they went out on a well-known anthem 16 Tons and was a great banjo and fiddle version with Disney showing her pizzicato skills on the fiddle to add that little bit of colour to the tune. 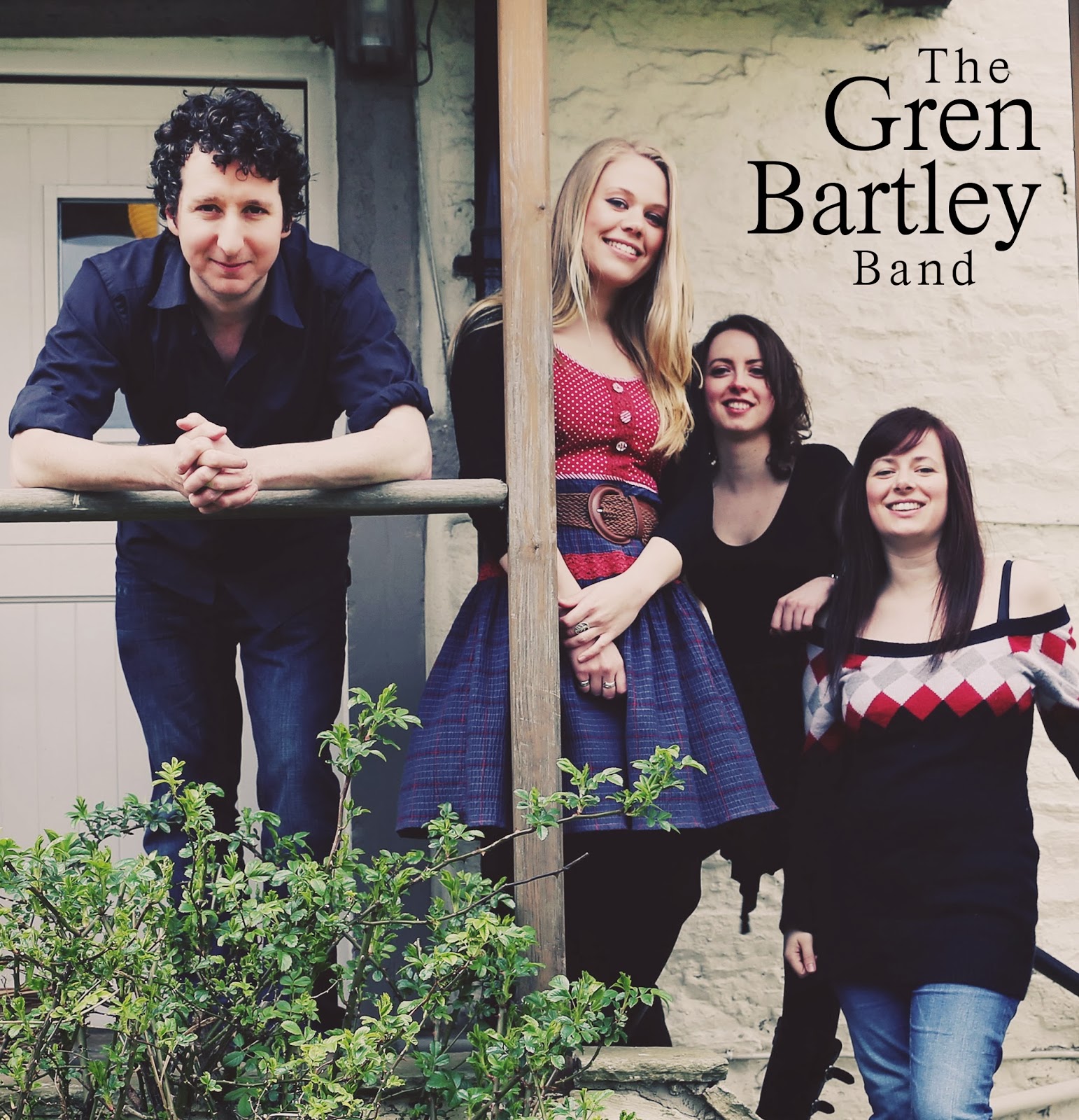 Duo Nicola Morris and Kris Collins who are Elmore Row had the final spot and opened with Wish I Knew You Before which set up the distinct voices with their guitar playing blending beautifully. Morris' voice having overtones of the great Joni Mitchell. The singer showed how soulful her voice could be with Hit the Road Jack which of course got the audience in on the act.
An Amy McDonald song This Is the Life really suited her voice. She also did a much better version of Fields of Gold than the last time they appeared at the Newhampton this time not just paraphrasing Eva Cassidy but letting her own style came through much more. They gave the audience an encore with a country song Kiss From Heaven.
Newhampton Folk Club like everywhere else is feeling the pinch and even though it has been going for more than three decades it is finding it increasingly difficult to survive. But the club is a real gem of Wolverhampton and it put on a full night of quality entertainment and all for a fiver. The venues which could beat that are very few and far between.
Posted by Folkall at 20:12:00