MASTERS OF THEIR CRAFT

This album gives almost a double dose of everything in Irish music from the past 30 odd years. There are 18 tracks but only 10 artists however, there is no cause to feel short changed in any way as they are some of the most recognisable names in Irish and Irish folk music.

The tracks cover the broad spectrum from the traditional to tunes which have been fused with other and more contemporary styles and spans the three decades Irish label Tara music has been associated with them.
What's more with artists such as Planxty, Christy Moore, Liam O'Flynn and Clannad it's also a good introduction to anyone who wants to catch up on the modern history of Irish music and discover the diverse strands there are in one easy serving.
Moving Hearts, one of the few artists on the album to only have one bite of the cherry, open the listing with The Storm which is built around the traditional sound of the uilleann pipes but is fused with the very 80s sound reminiscent of Miami Vice.
Rita Connolly's first of two offerings is from her '95 album Valparaiso which is another fusion this time of a fast paced, traditional folk song, jazz funk woodwind and an 80s rock guitar solo in the background. Her second Amiens from her earlier eponymous album goes for the big sound. Full of production echo and studio gimmicks it does have a feel of a Fleetwood Mac power ballad.
Planxty open their double act with Smeceno Horo from an album 35 years old. The obvious sound of Andy Irvine on the mandolin is there plain and clear and the instrumental track is like a musical journey setting out from Ireland heading across Europe, through the Spanish mountains and ending up somewhere in Africa or the middle east. The traditional and fast paced world sound gives it that timeless quality which is very easy to listen to and enjoy.
Stockton's Wing with its champions line up keeps it ultra traditional with The Rossclogher Jig.The mixture of tin whistle, fiddle, banjo and bodhran from Maurice Lennon, Paul Roche, Kieran Hanrahan and Tommy Hayes has Ireland written all through it.
Shaun Davey likes to go for the full orchestral/choral song and the opening of Dia Do Bheathasa makes you feel like getting ready to stand up for the national anthem. There is almost everything even remotely Gaelic in the first of his stirring tunes.
His record for work with big productions and soundtracks is well known even over here in the UK. If you have enjoyed Ballykissangel then you have enjoyed Davey's work. His other tune from the same album is the title track May We Never Have to Say Goodbye and has the characteristic big sound although this one is more choral than instrumental but there are still great crashes of cymbals and percussion to keep you upright in this further instalment of rousing music.
Founder member of Planxty Liam O'Flynn shows off his love for, and expertise with the uilleanns with both of his tracks, first in the slow haunting air An Droichead (The Bridge) which features a sound many fans of Dire Straits may find familiar as it includes the distinctive playing of Mark Knopfler. His second Muinera De Poio/Muinera De Ourensa is much faster paced traditional jig executed almost exclusively on the pipes.
The second offering from Planxty is one both Moore and Irvine have done in their solo careers but there is something magic about hearing them playing The Good Ship Kangaroo together. It's the kind of light bouncing sound with the wordplay which suits both Moore's and Irvine's style of having a bit of the craic while on stage.
Davy Spillane brings a real ethereal sound on the pan pipes with Daire's Dream which features Bela Fleck and Jerry Douglas of Transatlantic Sessions fame providing the slide guitar. This and the title track come from his  '80s Atlantic Bridge album. Atlantic Bridge has a much more bluesy feel with steel guitar underpinning the faster, traditional sound of the uilleanns. This is coloured by some background banjo picking and again with Douglas on the slide guitar.
The unmistakeable sound of Donegal outfit Clannad is also on this album first with An Tul which is a light acoustic sound that brings in the voices of the family outfit singing in Gaelic, a tongue which has a magic all of its own.
Their other track is the vocal sound most people, certainly outside of Ireland have come to associate with the group. The haunting sound of their voices singing almost as if from another world. Mhorag's Na Horo Gheallaidh has a spiritual feel to it in the vein of Gregorian chant and is lovely and restful to listen to. 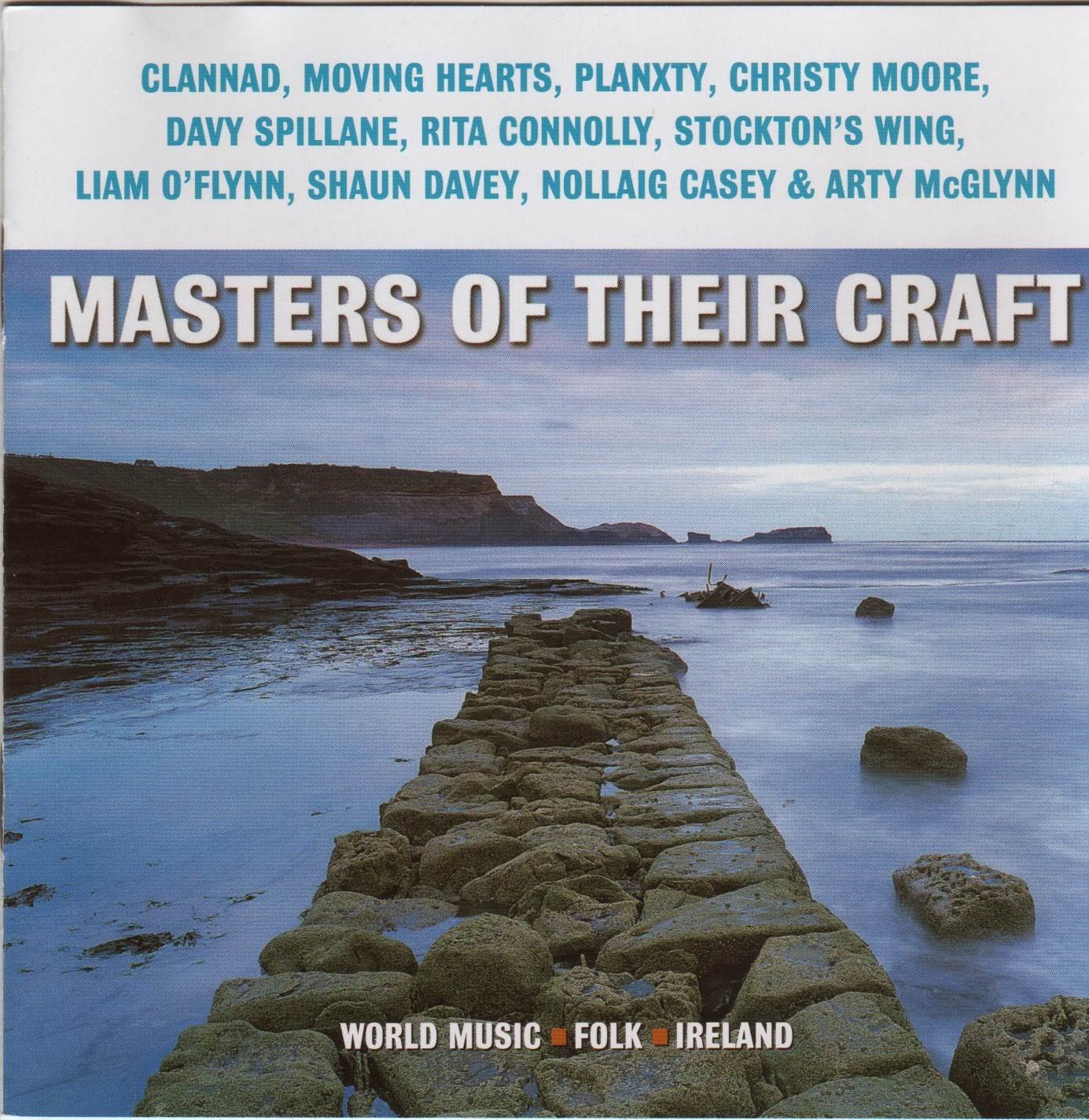 No album from Tara could use a title like this without including Moore who is let loose with The Crack Was Ninety in the Isle of Man which is classic Christy. His motormouth style is captured perfectly in this track from a live album recorded in Dublin in the late 70s. While the Kildare balladeer is great to listen to when he is hammering out his irreverent or political songs he does possess one of the smoothest and sweetest voices which when he sings romantic ballads such as Black is the Colour of My True Love's Hair it's enough to make a grown man cry.
Masters of Their Craft does exactly what it says on the label, it offers a wide and deep venture into the colourful and intricate tapestry of Irish music and showcase those who have championed the sound of Ireland all over the world and Tara records has been keeping a record of it for more than three decades - long may it continue.

Masters of Their Craft is available now from Tara Music see their website www.taramusic.com for more information.
Posted by Folkall at 21:07:00