Award-winning concertina player Cormac Begley produces music on an industrial scale, that’s not to say they are churned out but they have real power, guts and you feel the strength in the tunes he plays. This said he also has a lightness of touch which can make the sound of the instruments, he so expertly uses, dance on the passing wind.


There are times on this album such as with the opening reels, The Yellow Tinker/Ril Mhór Bhaile An Chalaidh, where it sounds like he is firing up a steam traction engine. Then at other times, such as the following track, Frenzy Polka, his deft touch makes his bellows sound more like a harmonica than a concertina.

Kerry man Begley’s wonderful skill with his instruments, which encompass bass, baritone, treble and piccolo concertinas, brings an amazing vocabulary to his bellows to where you could almost have a conversation with the tools of his trade.

So much so he is in great demand with fellow musicians and he has created a series of concerts called Tunes in the Church and set up a residential arts school on the Dingle Peninsula called Airt.

On this his self-produced debut album he creates such a wide range of tunes such as the wonderfully Celtic sounding Joe Bane’s/The Streamtown Jig with the infectious foot-stomping rhythm of his baritone bellows. This blends beautifully for the jig, An Cat Is A Máthair. You can hear the treble bellows gasping for breath as he pushes the notes out for this lively dance.

This is followed by a gentle air, Rocking The Cradle, and even though he is using the bass instrument he still gives it a refined and light touch. There is something incredibly nostalgic about how he plays he seems to be able to create images and memories with his music which you can never quite put your finger on.

Paddy Canny’s Pigeon On The Gate/The Dairy Maid are a superbly executed pair of reels which fly out of the instrument and defy you not to get caught up in the dance. At times the layers of sound he creates seems like he is playing more than one instrument at once. 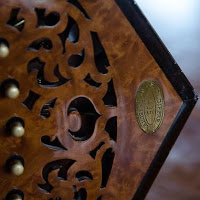 This is followed by a triplet of Schottisches, opening with high-pitched but light dancing sound of An Siog. This gives way to Bonnie Scotland where he seems to swirl a new set of notes into the first tune.

He finishes with Bill O Malley’s, the bridges between the tunes are almost imperceptible but their subtlety is wonderful.

His Dipper Bass is brought out for the melancholic sound of the Air Beauty Deas an Oileain. The doleful sound he produces makes it seem like the instrument struggles to tell the tale such is the depth of emotion it conveys.

Begley brings back the polkas with Polka John/Camino Polka to lighten the mood. Once again the clear treble scale at times makes the instrument sound more akin to a harmonica as he loads the space with a highly infectious dance tune.

The strong Celtic feel is back for The Fermoy Lasses. The reels draw you as it builds up like the definite and unstoppable movement of an old steam train gathering speed. There is even an incidental where if sounds as if the note has dropped off the scale.

Donncha Ó Loinsigh’s/The Wounded Healer keeps the dance pace going but this time with a slightly lighter touch where you can almost see the dances skipping slightly across on tiptoes.

The penultimate track is a couple of slides. Merrily Kiss The Quaker/The Lisheen Slide where Begley makes them sound almost like practice pieces keeping the music pumping out with each bar pushing the previous one into the ether.

Begley takes the album out with a couple of reels in John Dwyer/McGettrick’s. The playful intro dances in so lightly and at times feels like it’s just about to break the human hearing range as he tests the scale of his piccolo concertina.

Once again it has that lovely nostalgic feel to it, like you heard it when a child as the theme tune to some distant childhood programme on the TV or radio but never being able to pin it down.

The concertina seems to be stepping into the limelight more on the folk circuit, especially the more unusual or lesser known varieties, and when they are played as superbly as Begley does you can understand why.

Begley does more than play tunes his gives voices to his instruments and allows them to sing the stories they hold in a way which is enthralling and thoroughly entertaining.


The album is available now through the artist’s website.