Just by listening to Fabian Holland you would guess he lives on a river boat. His songs are languid, thoughtful and full of the observations you can only get by gliding gently through life espying and noting all that passes before you.

He is very contemporary and yet an old style folk singer whose guitar playing comes from the school of less is more.
His style is stress busting and, in some ways, almost other-worldly like Holland walks this earth not untouched by it but able to see it in terms of music and words rather than merely visually.
Holland's gentle voice is a lighter and slightly more laconic version of Chris Wood's, but like Wood his lyrics are spot on and conjure up pictures of the people and places he is singing about.
Opening with Four Inch Screen there is the juxtaposition of the ultra traditional opening words and notes but the subject is bang up to date where he's calling people to experience life instead of living and recording it through the lenses and screens of their phones and cams.
This gives way his first cover and his arrangement of The House Carpenter, the Latin-style guitar he employs is wonderful but the pace of the song takes a little getting used to and it is where Holland almost moves over into the territory of classical folk. This is an extremely refined version of the traditional song, the musical arrangement underneath his voice is full bodied without being intrusive.
You can hear the influences of his heroes such as Muddy Waters and Sonny Boy Williamson (which one is not discernible) on his own track Nobody's Fault But Mine. It's much more subtle than the blues legends but there is still that throbbing blues rift underneath Holland's voice.
With You is a pretty stripped back ballad and you can really get to grips with Holland's subtlety and the nuances of his velvety voice. It does have a feel of that other great balladeer on the circuit at the moment John Smith.
Again Holland's guitar playing is so understated and precise that it blends almost imperceptibly with his voice.
River opens with cutting lines such as "She's a drunk, a middle aged punk, she had children when she was too young.." and you would think you were in for something akin to Stereotype from The Specials but it's actually the story of when Holland acquired his boat. 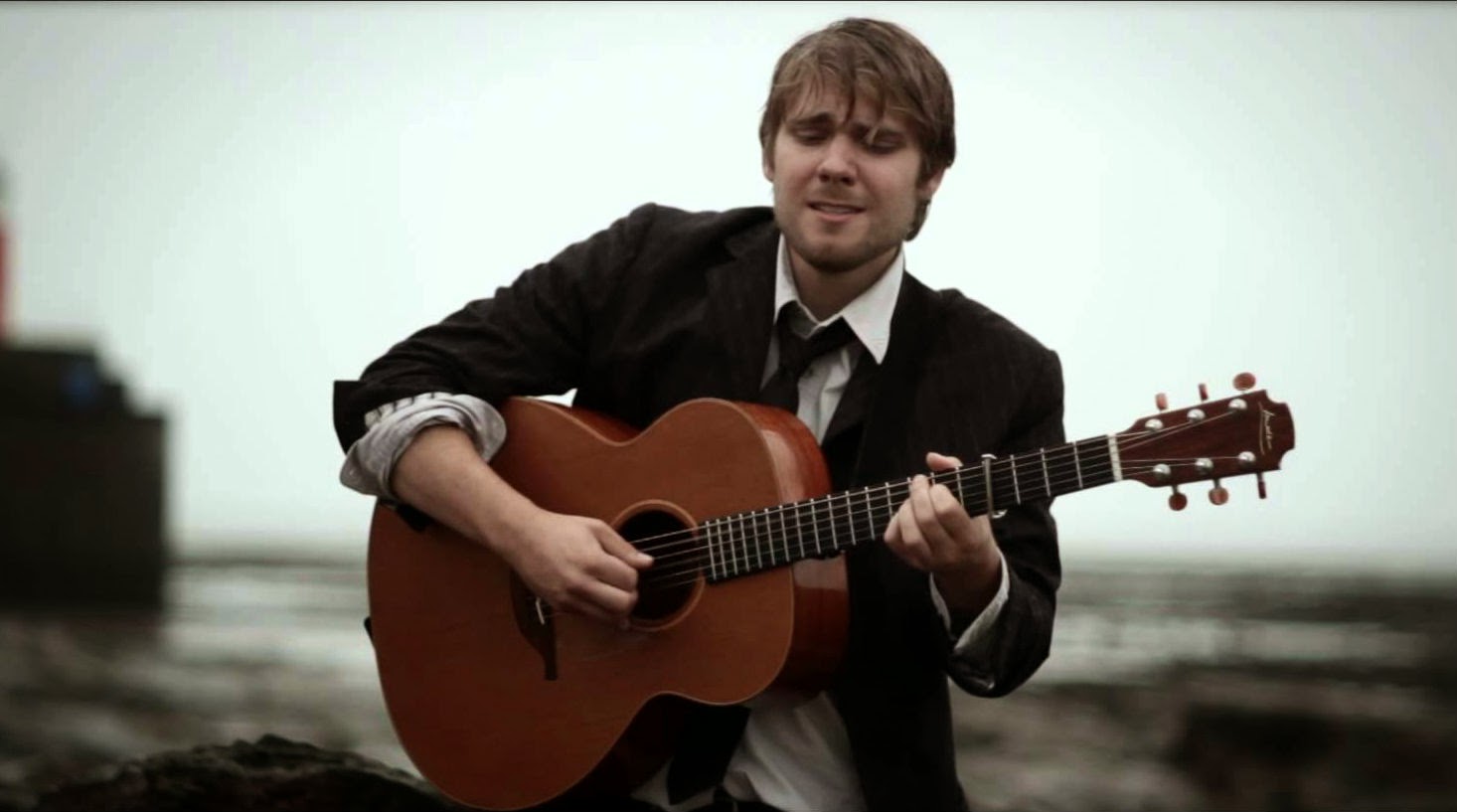 The slow stream of people he was brought into contact with by buying and renovating it and adopting the life aquatic, are listed like something from Ralph McTell's Streets of London. This is just such a laid back song which belies its sharp, observational view of the world surrounding the river.
Like Wood, the lyrics are so deliberate and measured you are forced to listen to them in a deeper way than you normally would. Welcome to the Magic Show is such an example where Holland strips back the lies of marketing and the language of enticement, exposing the various trades almost as modern versions of the Sirens of legend.
Morning Mist, inspired by what its title says, again has all the intricacies and depth of Martin Simpson and is just a wonderfully enjoyable piece of guitar playing in two parts, the softer slower first giving way to a jig-style ending.
Staying with the weather this lighter ditty is Holland obviously being playful, while showing how the change of the seasons can lighten the mood and give a sense of anticipation. The lyrics are playful too with cheeky lines such as "out come the shorts and the lily white legs, the pasty bodies and the bottles of Becks." and "the dog's on heat and the pigeon is too, they've got their eye on your picnic food."
This is just one of those songs where the lyrics will lodge in your psyche and automatically lead to a smile as you either listen to or hum it time and time again.
The blues stomp comes back again for Old Tobacco Tin. The subject of the title belonged to his grandfather and with his words Holland tells how even the most mundane of objects can carry with them memories and emotions and with each passing generation who handles it they add a little of their own essence to it.
Islay opens like something from Ry Cooder and is about a seasoned old woman in Italy who locals claim led what is best described as a colourful life, an inspiration Holland couldn't resist.
This gentle ballad again sounds uncannily like Simpson and incredibly as good as him too, even down to the expert nuances produced by his strings.
Holland's final track is The List, plucked out of nowhere and using something as mundane as making a list he produces yet another gentle ballad which is thoughtful, slightly playful and occasionally self deprecating.
The whole album is a perfect example of how less is more. The production is so good you hardly notice anyone's hand on it at all.
What this allows is all the strands of Holland's voice and playing, the subtle and unobtrusive input of Fred Claridge, Jacob Stoney and Mark Hutchinson to all come together to make it sound almost like Holland is on his own.
This album is about as laid back as you can get without losing consciousness but still carries vocal barbs which make you sit up and take notice like a noise in the night when you're alone in the house.

A Day Like Tomorrow is out now on Rooksmere Records.