The opening track Red Dog Running certainly makes you sit up and take notice, straight away you get the sound of Stainton's voice clear and flowing without effort.

Word Games has the fingerprints of some of the top names on the folk circuit on it, not least of which is Seth Lakeman who contributes not just vocals but viola and bouzouki too. Not too surprising when you realise she is now a regular member of his band after she toured with him last year and Lakeman was so impressed he asked her to join.
With Red Dog Running there is more than a hint of Kate Bush both about her sound and style with the mixture of booming beat which drops out to her soft voice before going back to the boom.
This gives way to Navigating which singles out Stainton's voice more than the previous track and is underpinned by a strong military-style beat over the top of which her voice is jaunty with a playful quality which reminds of Andrea Corr, remember them? and even brings back thoughts of Eddie Reader from Fairground Attraction.
Eloise is a pretty commercial sounding pop song complete with string accompaniment which doesn't really have a strand of folk music in it but it's a pleasant enough ditty which has a toe-tapping rhythm and is easy on the ear. This moves into the more playful Make Me Stay, which she co-wrote with Irish songbird Eleanor McEvoy who will be guesting on Stainton's tour. The song is a simpler ballad which gives a better idea of her voice and shows its smoothness, femininity and once again the similarity with The Corrs is very evident. This track also gives you more of an impression of Stainton's range. 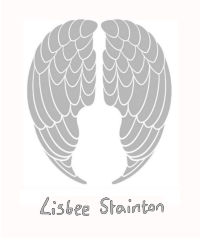 Dance With Me has a much more sultry sound and wouldn't be out of place in a darkened nightclub of the 50s with candles on the tables and usherettes in short skirts walking around with trays selling cigarettes to people who use holders. The following track Fool's Gold is a much more mature ballad with its melancholy melody and ethereal backing track which allows Stainton's clear tones to soar.
Pulse is a gorgeously mellow and haunting song accented beautifully by a single drum beat and gentle picking of the banjo. The instrument complements Stainton's soft tones perfectly and her breathy sound just makes you seem to feel like you could be floating away.
In total contrast to the mellowness of the previous track there is more of a Latin beat for Madron's Wall, this track more than any let's you see why she has been described as the English Joni Mitchell. The voices, tones and styles are remarkably similar.
Akin to Fool's Gold, The Poppy, has an eerie almost sinister, dark and brooding opening with the deep tone of the double bass and Stainton's single voice at the lower end of her range singing a doleful and sorrowful tone which evokes memories of Shakespears Sister. It's really the first storytelling song on the disc and builds gently with Stainton's voice rising up as the track heads towards its gently climax.
The Journey is the first track which you get a feel for Stainton's acoustic ability and has a gentle bluegrass fiddle underpinning her precise lyrics and is undoubtedly the most folksy of all the tracks on the album.
Lightning is a close second though with its rhythm and eclectic use of instruments giving it the feel of a group of friends sitting round on a rainy day just making music. The accents from the banjo are really effective in their subtlety.
The title and last track, Word Games, is a slow thoughtful ballad which is almost lazy in its execution and has a lovely quirky opening strand but has that full orchestral style sound which builds up to the big finish while never drowning out Stainton's voice.
Word games, like so many folk albums now, seems to be trying to straddle the line between the traditional and the commercial pop world and there is no reason why the album shouldn't be a success, Stainton's voice is as good as any on the market right now, whether it will be as well accepted in the folk camps remains to be seen.
Stainton starts her tour on Thursday November 7 in the Artrix Theatre, Bromsgrove. Word Games is out now and available from Amazon

This is the album which has come out of the massive project from the English Folk Dance and Song Society(EFDSS) which is a huge online database giving access to thousands upon thousands of folk music tracks and song sheets, poems and information which previously has been stored in hard copy and where you had travel to see any of them.

The enormity of the project is staggering but for anyone who has any interest in folk music and its traditions it is El Dorado.
From this, and Fay Hield scouring the archives, came the album The Full English which features some of the best folk musicians around today including singer/songwriter and academic Hield who has been very much involved with the whole project.
What has happened is musicians such as Hield, Seth Lakeman, Martin Simpson, Nancy Kerr and Sam Sweeney have taken traditional folk tunes and songs and rather than just play them as they were written, have put their own interpretation on them.
Hield opens the album with her unadorned voice for a wonderfully traditional ballad Awake Awake. You can almost see the tricorn hats and pewter tankards atop wooden tables as Hield's distinctive tones bring the song to life.
From this opening track alone you realise this is a gorgeous album which captures all that is good about folk music and British musical culture. What's more it is a good introduction to the database because the catalogue numbers of all the tracks are there so you can look them up for yourselves.
There are some wonderful tracks on this which must have been a nightmare to pare down from the treasures that are now available to musicians and folk fans alike, but of course the good news is that the supply of possible follow up albums is now almost infinite. 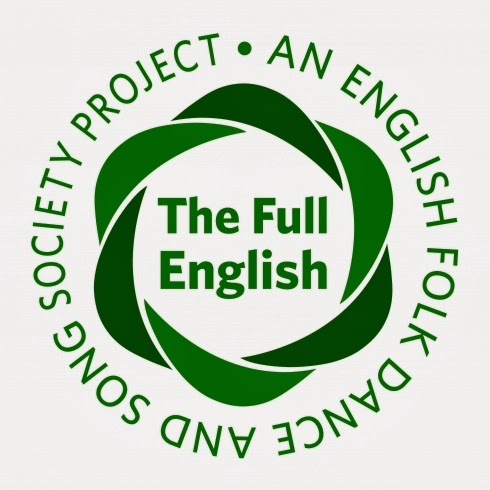 The second track Stand By Your Guns is the unmistakable sound of the immensely talented Lakeman and comes with the full sound you can expect from someone who can seemingly play every instrument known to man.
There is so much to this album that when you buy it you are not getting a series of fantastic tracks but it carries with it the history and traditions of English folk music and songs. And thanks to the wonderful nature of the internet there are numerous links that would keep even the keenest of scholars in information for the rest of their lives.
The album has wonderfully earthy instrumentals such as William and Nancy which is like a time machine as you listen to the fiddle playing you are transported back to the roots and humble beginnings of so many of the songs which have become almost anthems for folk fans.
Creeping Jane is a fantastic track with Martin Simpson's clear voice bringing it to life and telling the wonderful story of the characters in a way only he can do. The full group is made up of Hield, Lakeman, Simpson, Nancy Kerr, Sweeney, Rob Habron and Ben Nicholls.
Between them they have created a sound which epitomises just how rich, wonderful and evocative British folk music can be.
Arthur O'Bradley is one of those tracks which defies you to sit still and with Hield and Kerr's voices breathtakingly jumping along with the track which hops along like a hare at the height of its march ritual.
Lakeman is back for another dose with Portrait Of My Wife which has definite bluegrass undertones to it and has been included on his new album Word of Mouth.
It doesn't really get more traditional than Fol the Day-O which is an incredibly organic and full sound accented by Hield's incredible voice. It carries with it images of Maypoles, summer dances, maidens and village greens, travelling minstrels and old style fayres.
One of the more interesting and unusual tracks is Brigg Fair which opens with what is obviously an extremely old recording but then gives way to gentle strings and fiddle which are just so evocative and has the ability to touch something deep in any lover of traditional music.
An album like this wouldn't be complete without a sea shanty and sure enough Rounding the Horn fits the bill perfectly with its rhythm almost mimicking the rise and fall of the waves. This gives way to the lovely jaunty fiddle opener of Servant Man the story of which is told again by Hield and Kerr where their unadorned voices blend perfectly and dance lightly over the top of the instruments.
Man in the Moon has probably been sung in pubs the length and breadth of the country for generations and strangely enough seems to have harmonies and tunes which are so familiar and yet you cannot quite pin it down but you will be hard pushed to keep your body from swaying as the beat gets under your skin.
The album closes with a beautifully gentle ballad using Hield's gorgeous voice and is one of the many in the collection which was penned by Ralph Vaughan Williams.
The Full English is more than just an album, it's almost a history of our musical landscape with its essence captured on disc but it needs to be just a starting point, a mere taster of what further wonders and lyrical treats now lay bare for all who are interested in the culture and musical traditions of our land to access.
The Full English is out now on the Topic label and and available on from Amazon, Propermusic and itunes.

Kim Lowings and The Greenwood

This is Lowings' second offering after her full album she has the perfect voice for folk/acoustic music it's soft, ethereal and has a range than can reach the tops of the trees or glide along the moss down below.

Off to Sea is a wonderfully gentle, tuneful and lyrical song which can carry you off to other worlds and accented by the smooth meanderings of the fiddle and picked up with a gentle underbeat of a single percussive instrument.
The Cruel Mother is a traditional storytelling folk song which brings to mind June Tabor as Lowings exercises the deeper part of her range. The drums and fiddle add a brooding eerie harmony to the words which hops along with a foot-tapping rhythm that carries you along with the macabre lyrics. The song builds ominously and yet you feel compelled to see the musical journey through.
Annie Laurie is another traditional ballad which has a Scottish feel to it and you can almost see Lowings walking through the heather as she sings it. Again it gently builds to a fuller sound with Lowings' voice weaving in and out of the instrumental interludes like the lapping of the waves on the shore.
It's fair to say no recording will ever really do justice to Lowings' voice it's wonderfully versatile, crystal clear and a joy to listen to. While this EP is worth getting for a flavour of what she can do, it cannot compare with hearing her live so why not do both and get a copy at one of her concerts?
Posted by Folkall at 22:32:00