There is a purl-er of a festival about to get under way in Warwickshire at the beginning of this month.

It's time for everyone to get woolly-minded with The Knitted Character Folk Festival which starts on June 6 at The Blue Boar, Temple Grafton, Warwickshire. B49 6NR.
The festival, which is the brainchild of veteran musician Gerry Colvin promises to be packed with folk music and miniature woolly caricatures while supporting the ABF and Shakespeare Hospice charities.
As part of the KCFF stalls will be selling craft goods, food and drink. Visitors are asked to bring a knitted version of their favourite folk artist and a CD with three of their songs. Then between the live acts, organisers will play the CDs and give the knitted characters pride of place on a knitted stage (next to the real one) complete with knitted PA and mic. The festival line up includes charismatic and hyper-performer Colvin.

The animated performer radiates enthusiasm about everything he sings and plays. Other artists include Marion Fleetwood who has done many gigs with Colvin and is also part of The Jigantics and has recently released her debut solo album.
Red Shoes are Carolyn and Mark Evans who use their musical talents drawing on English folk and American roots music.
Daisy Chain Quartet who come from Stratford upon Avon have their sound firmly rooted in traditional folk music but put a modern spin on it.
Grimaldi Band are an acoustic trio who specialise in alternative folk-blues/Americana.
Kim Ralls is an acoustic singer/songwriter based in Wensleydale although he is originally from Norwich. In addition to solo shows, Kim also plays in The Penhill Poachers.
The Startled Ferrets who are Alan (Benji) Benjamin, Martin Popplewell and Neil Weatherhead produce an eclectic mix of folk, skiffle, blues and pop with instruments as diverse as guitar, melodeon, banjo, violin. cahon, bodhran and washboard.
Celandine who are Carys and Rosemary are both classically-trained musicians who perform their own arrangements of traditional folk songs.

Triangle, are Sue Manley, Mim MacMahon and Sophie Watson and from Suffolk They have been described as goth folk and chamber folk, and have a long experience of choral singing.
Fred's House are a five-piece band from Cambridge, whose songs feature three-part harmonies and catchy melodies mixing elements of folk, country, blues, acoustic rock and West Coast.
The Knitted Character Folk Festival starts 1pm with the gates opening at midday at The Blue Boar Inn. All day tickets are £20 with a one off £2 booking fee, regardless of how many tickets you buy.

In Birmingham on June 5 Wolverhampton's Dan Whitehouse, with BJ Cole, will be bringing his Raw State album show to the Glee Club where his special guests will be James Hodder and The Bronze. Doors open at 8pm, tickets are £8 and available from glee.co.uk/birmingham or through the box office on 0871 472 0400.

Later in the month The Cadbury Sisters are playing the venue on Friday June 12, with doors opening at 8pm. Tickets are £9.

Also coming to Birmingham is Judie Tzuke. She will be playing and bringing her stories to the theatre at the MAC on June 12. Tickets are £20 and the show starts at 7.30pm.

Staying in the Black Country Stourbridge Folk Club, which is held at Katie Fitzgerald's pub, Enville Street, Stourbridge, welcomes Polly & The Billets Doux on June 3 with support from Sunjay Brayne. Tickets are £7 in advance or £9 on the night.

In Walsall on June 11 the Commonfolk Folk Club, which meets at Pelsall Cricket Club, welcomes Franco-Geordie Flossie Malavialle. The show starts at 8.30pm with support from Summerfly. Entrance is £4 for members and £6 for non members.

Willenhall Folk & Acoustic Club, which meets at the Victory Club, Lichfield Road, New Invention, will be holding singers nights throughout the month with spots available for June 3, 10 and 17th and which cost £2. On June 24 the club welcomes singer/songwriter Colin Pitts. The show starts at 8.15pm although no ticket prices were available, guest nights are usually £5. 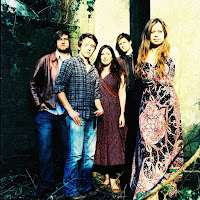 The Willows kick off the month at the Met Studio of Stafford's Gatehouse Theatre on June 1. The show starts at 8pm and tickets are £13 or £10.50 with concessions. The venue welcomes acoustic guitarist Pierre Bensusan on June 15 with the show starting at 7.30pm. Tickets are a flat rate of £14.

Scottish singer Robyn Stapleton will release her debut album Fickle Fortune on June 1 through Laverock Records and will be distributed through Proper Music.

Stoke singer Pete Shirley has just released his debut album Sunset Katy and other stories. The old-style folk singer had put together a collection of 14 songs and the album is available through his site. The album features Alan Whitmore, Esther Brennan, Ciaran Algar, Adrian Crosbie, Dan hulme and Purcy Flaherty.

Keston Cobblers Club will be releasing their new album Wildfire on June 15 on Tricolour Records. The band will be playing in Hereford in July and Oxford and Nottingham later in the year.

Tickets for this year’s Fairport’s Cropredy Festival are selling quickly. On the bill are artists such as Emmylou Harris & Rodney Crowell, Level 42, Paul Carrack, The Proclaimers and Fish.
The ‘earlybird’ rate finishes on May 31 so from June 1 all tickets will cost an extra £5.
The festival sold out in advance last year so it's best to get in early.

St Neots Folk Festival is being held over Friday June 12 and Saturday 13. On the Friday evening there will be a ceilidh and music and song session, Saturday morning will be a day of dance and the evening will see Faustus and poet Les Barker performing there there. Doors open 7.30pm and tickets will be available on the night but buying in advance is recommended.
The ceilidh starts 8pm in the Great Hall, Priory Centre with The Hosepipe Band providing the music.
At the same time a Music and Song session will be held in the Cloisters.
Traditional dance sides will perform around the town from around10.30am at the Market Square Piazza, The Pig 'n' Falcon, Chequers (Eynesbury) and the Ambience Café, Riverside car park.
The Saturday evening concert with Faustus and Les Barker promises to be a sell out.